Skip to Main Content
It looks like you're using Internet Explorer 11 or older. This website works best with modern browsers such as the latest versions of Chrome, Firefox, Safari, and Edge. If you continue with this browser, you may see unexpected results.

What is a Primary Resource?

Primary sources of information provide first-hand accounts of historical events. Often unpublished, these are documents that were created by the witnesses or first recorders of these events at about the time they occurred.  These can include manuscripts, diaries, letters, reports, photographs, creative works, financial records, memos, newspaper articles, maps, or audio and visual recordings.  Primary sources also include first-hand accounts that were documented later, such as autobiographies, memoirs, and oral histories. However, the most useful primary sources are usually considered to be those that were created closest to the time period you’re researching. 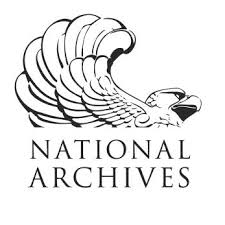 Full print version of The Chicago Manual of Style (16th ed.) is available on reserve at the Circulation Desk in Riley-Hickingbotham Library.

Learn how to search databases and make the most of your research time with these tips and tutorials.

Connect with Your Librarians